Traditional dwelling of the nomads.

image: Jamie McDonald | © all rights reserved
i
Category:
housing
Phase:
in use
Updated:
25 May 2021
introduction

Marco Polo, the first Westerner to visit the Mongolian Empire in the 14th century, wrote about the Mongolian house “...They [the Mongols] have circular houses made of wood and covered with felt, which they carry about with them on four-wheeled wagons wherever they go. The framework of rods is so neatly and skillfully constructed that it is light to carry. And every time they unfold their house and set it up, the door is always facing south.”

Gers have been in use at least since the 13th century, and there are indications that the design is much older. The prefabricated felt tent meets the requirements of Mongolian nomadism which heavily influences the culture of Mongolia. According to Mongolian artist and art critic N. Chultem, gers and tents were the basis for the development of traditional Mongolian architecture.

The design of the Mongolian ger developed from its ancient simple forms to actively integrate with Buddhist culture. The crown—toono adopted the shape of Dharmachakra. The earlier style of toono is called in Mongolia "sarkhinag toono"， while the toono representing Buddhist dharmachakra is called "khorlo" (Tibetan འཀོར་ལོ།) toono. Also the shapes, colours and ornaments of the wooden elements—toono, pillars and poles of the Mongolian yurt are in accord with the artistic style found in Buddhist monasteries of Mongolia. Such yurts are called "uyangiin ger" -- literally meaning "yurt of lyrics" or "yurt of melodies".

In the 16th and 17th centuries, monasteries of lamas were built throughout the country. Many of them started as ger-shaped temples. When they needed to be enlarged to accommodate the growing number of worshippers, the Mongolian architects used structures with 6 and 12 angles with pyramidal roofs to approximate to the round shape of a yurt. Slowly, the typical trellis walls, roof poles and felt layers of ger were replaced by stone, brick, beams and planks, and became permanent.

In the 21st century, approximately 35% of the population live in yurts, many of them in the suburbs of cities. The Mongolian word "ger" has additional connotations of "home". The stylistically elevated register for ger is örgöö, most commonly translated as "residence" or "palace".

A high percentage of the Mongolian population retains a nomadic lifestyle and gers can be seen throughout the country, whether on the steppes, the Gobi Desert, or the mountainous regions in Central and Western Mongolia. Gers are still the most common type of habitation in Mongolia nowadays. Even in the capital city of Ulaanbaatar (sometimes known as Ulan Bator) there are more than half the population living in gers. 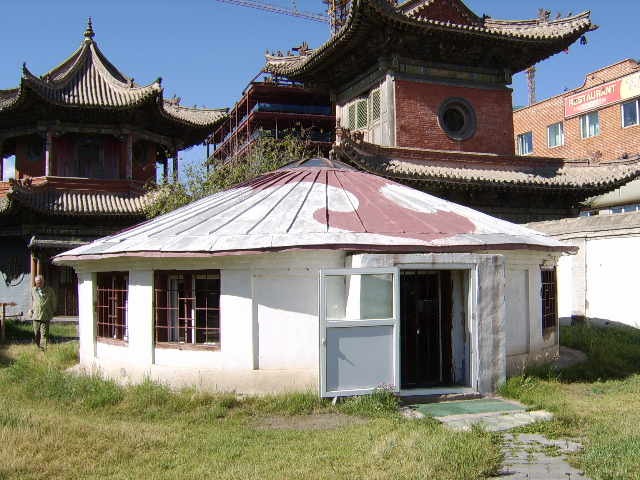 some rights reserved
i
materials and building techniques 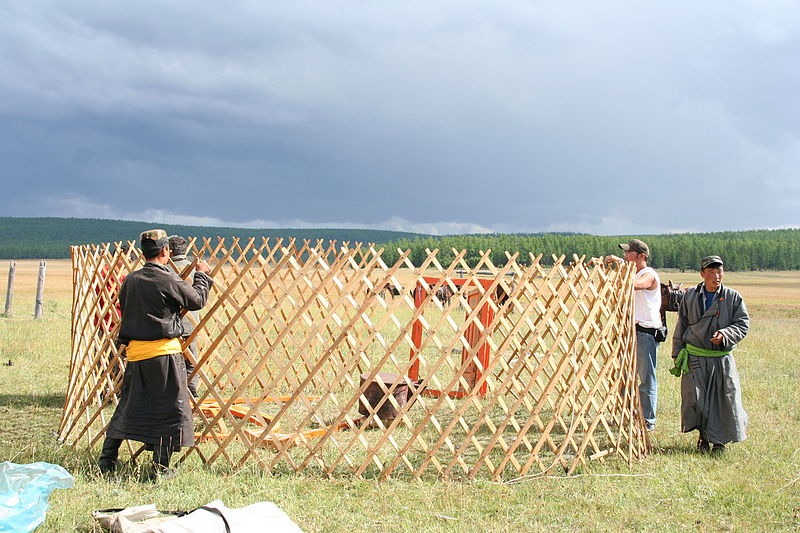 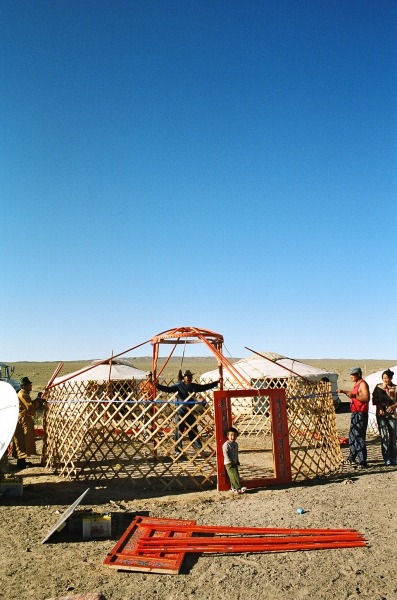 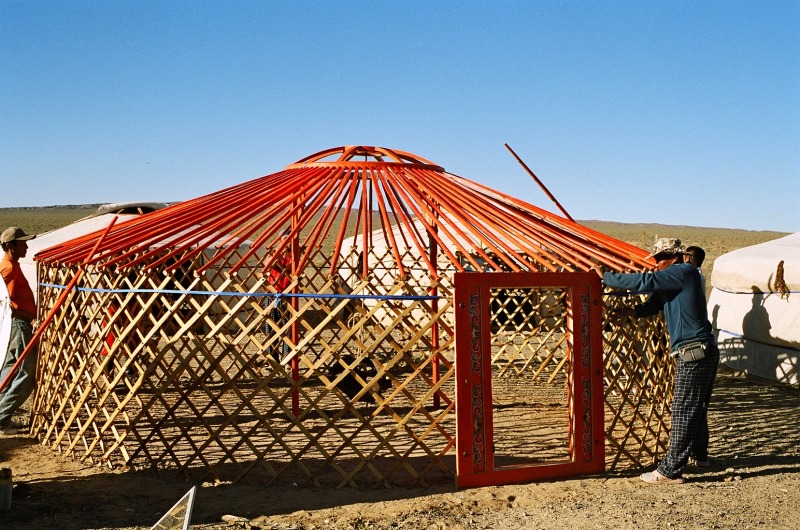 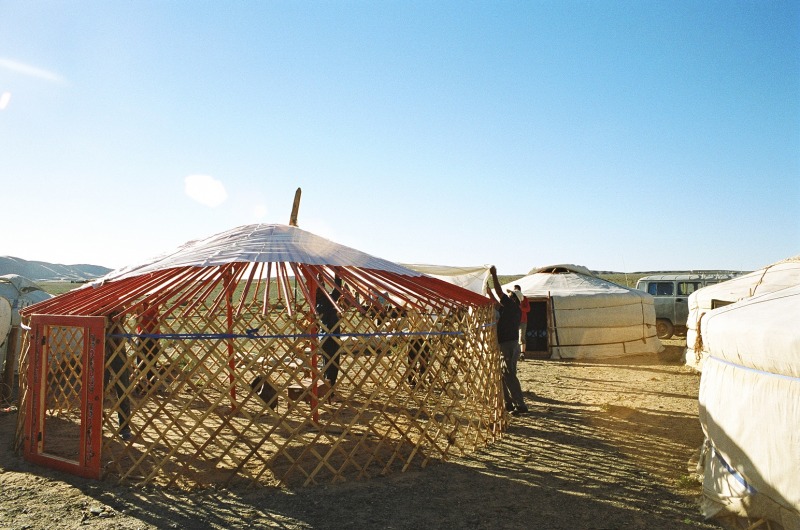 Mongolian Ger: placing the thin inner cover on the roof 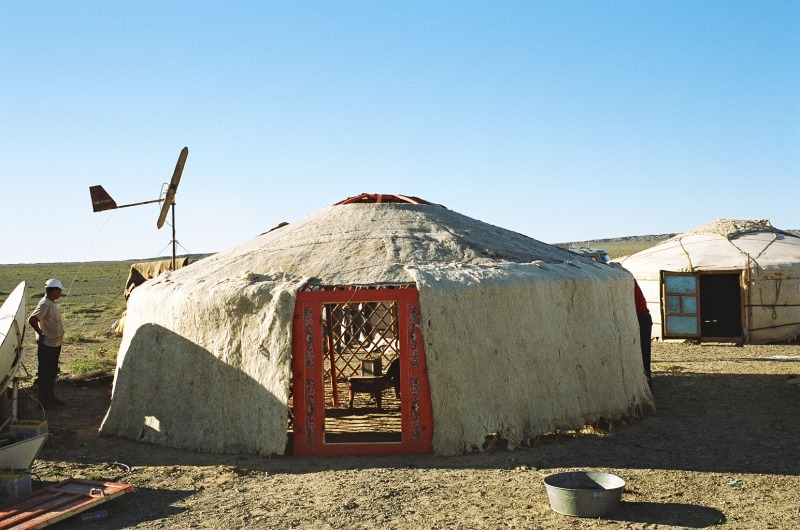 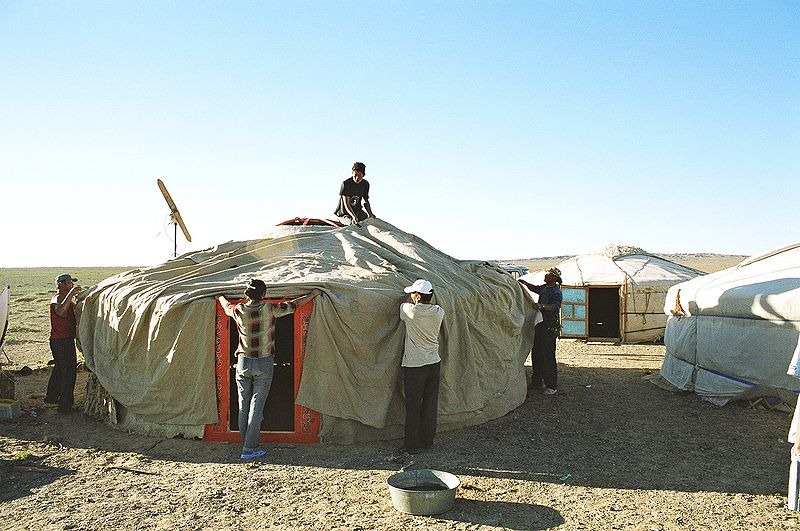 some rights reserved
i
earth and climate

In the landlocked steppe of Central Asia, the Mongols since ancient times have lived in tribal groups, enduring an extreme climate and landscape, with rugged mountains, Gobi desert in the south, cold and mountainous regions in the north and west and dry steppe lands and harsh winters in the north.

Mongolia has an extreme continental climate with long, cold winters and short summers, during which most of its annual precipitation falls. Sunshine is intense and clouds cover the sky practically only in summer. 280 days of full sun per year gave Mongolia its nickname of the Country of Blue Skies. Most of the country is hot in the summer and extremely cold in the winter, with January averages dropping as low as −30 °C (−22 °F).And it is usually at the centre of a region of high atmospheric pressure.

Economic activity in Mongolia has traditionally been based on herding and agriculture, although development of Mining has emerged as a driver of industrial production. In 2002, about 30% of all households in Mongolia lived from breeding lifestock. Most herders in Mongolia follow a pattern of nomadic or semi-nomadic pastoralism.

Frequent spring fires following dry winters as in 1996 had a devastating effect on significant surfaces. The very rigorous and snow abundant winters in 1999 and 2000 caused massive losses not only among domestic livestock but among wild species as well, especially gazelles and antelopes. The last two summer’s drought was alarming by its effect on the water level of rivers and wells. Desertification is taking place in the south of the country threatening to turn the steppes into deserts. The natural erosion of these windy grounds is accentuated by increased pressure on pastures after livestock privatization.

Combined with the high atmospheric pressures, Ulaanbaatar faces with significant air pollution, especially in the winter season, due to emissions of rapidly increasing automobile traffic, smoke from power stations and ger areas heated with fuel and coal.

Despite these threats to its virginity, Mongolia offers an example of inhabited natural environments, exploited but still little impacted by the presence of man, that have become rare elsewhere in the world. 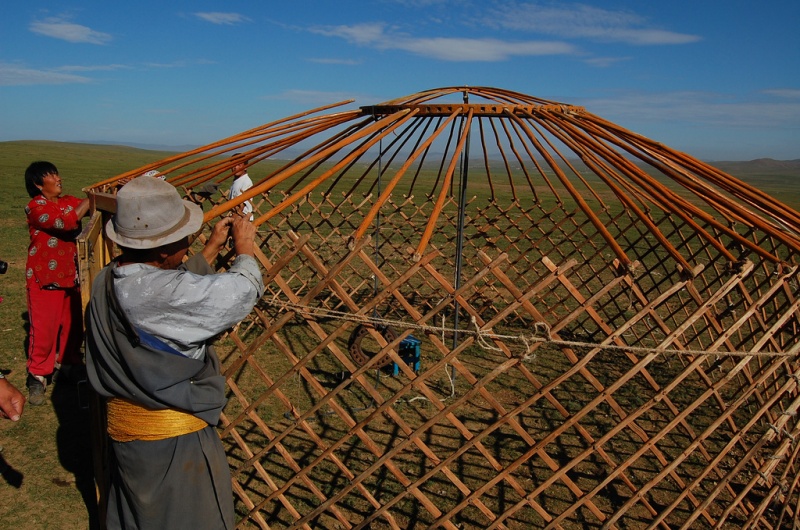 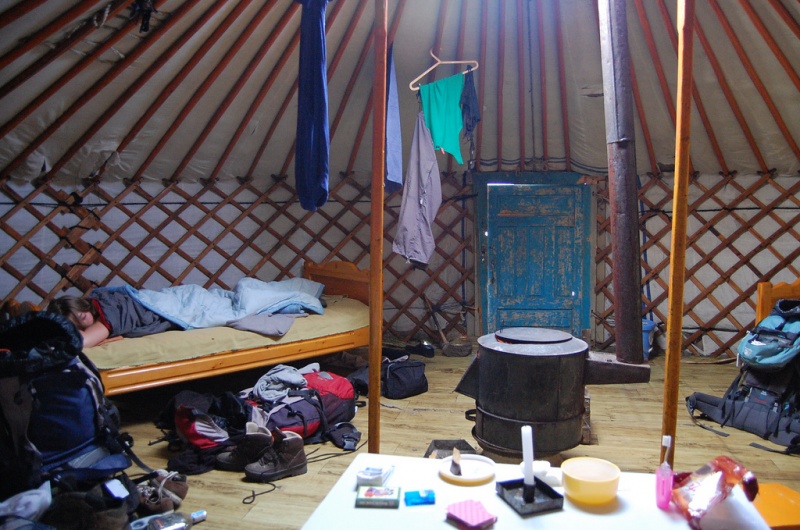 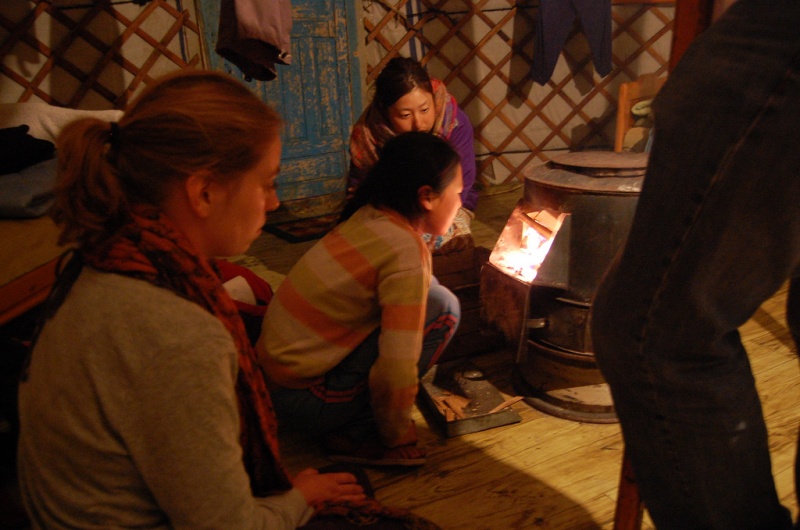 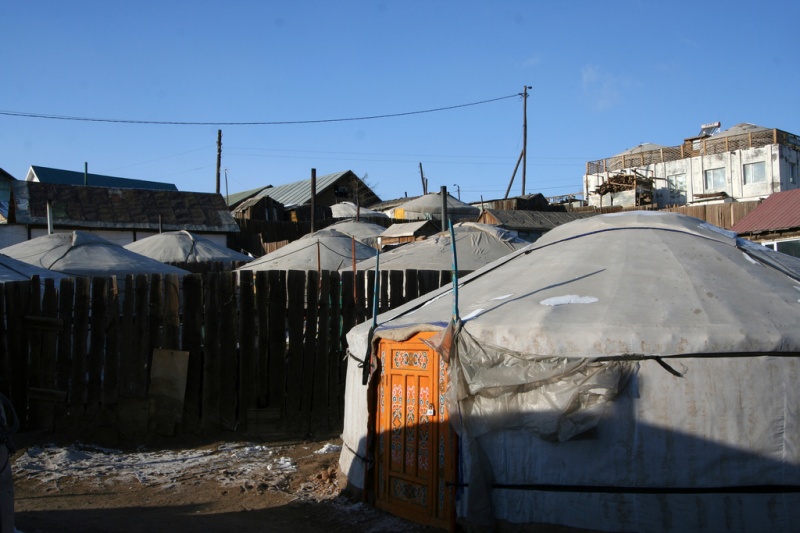 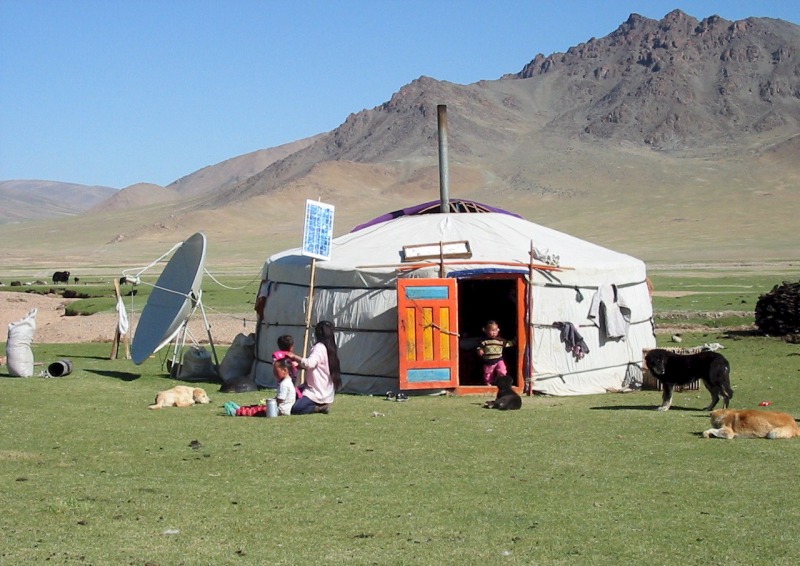