An artistic response to mixed income housing and urban revitalis

In 2011 local artist, and urban planner Theatre Gates, and his not-for-profit Rebuild Foundation conceived of a plan to fight urban blight in Grand Crossing neighbourhood, on Chicago’s South Side. Collaborating with the Chicago Housing Authority, Brinshore Development and Landon Bone Baker architectural firm, they rehabilitated a block of 32 town houses on 70th Street into a mixed income development. Now known as the Dorchester Art + Housing Collaborative, the project is a successful example of creative approaches to socially engaged and community based urban revitalisation.

Originally a working class community, according to Chicago Police Department statistics the neighbourhood was recently tied at fifth place for most violent crimes among the city’s 22 police districts (Owens, 2015). With 18% of adults unemployed and 25% of households below poverty level, the area has suffered abandonment, violence and decline.

In an interview with the Chicago Tribune, Gate’s highlighted his belief that “artists see things differently and as a result can make much more complicated considerations of race, class, gender, space and culture”(Owens, 2015). To immerse artists in the Dorchester Art + Housing Collaborative engages other residents and local community members to transform their neighbourhood. The project also represents a new model for development, along with an arts centre, public meeting space and community garden five units at the housing collaborative will be reserved for Chicago Housing Authority residents. Eleven are to be rented at affordable rates, and nine units are being offered at market rate.

In addition the project combined usually conflicting sectors of a not-for-profit, a private development and large bureaucracy successfully regardless of complex ownership arrangements. The Chicago Housing Authority owns the land, whilst the buildings are owned by Brinshore Development and the Rebuild Foundation.

The re-construction took time due to poor initial construction methods when the units were built in the 1970s, and additional walls between the brick veneer and the interior had to be built to reinforce the floors and ceiling.

Landon Baker Bone Architects along with Rebuild Foundation worked hard to ensure that public meeting space, and community garden would be open and available to the broader neighbourhood as requested at meetings with the community.

According to the architects website all existing major building systems were updated to exceed or meet Enterprise Green Communities Criteria, as part of the City of Chicago’s Green Permit program. 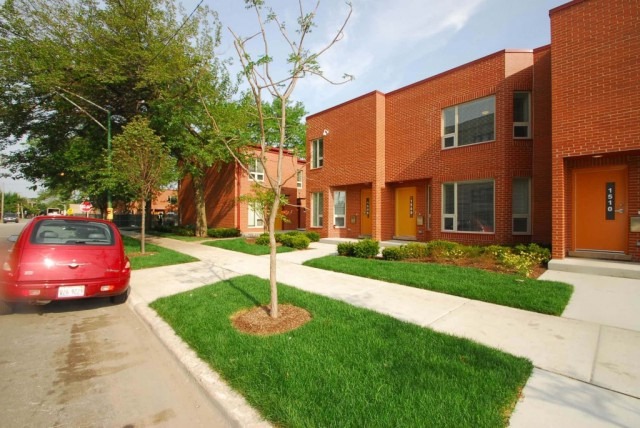 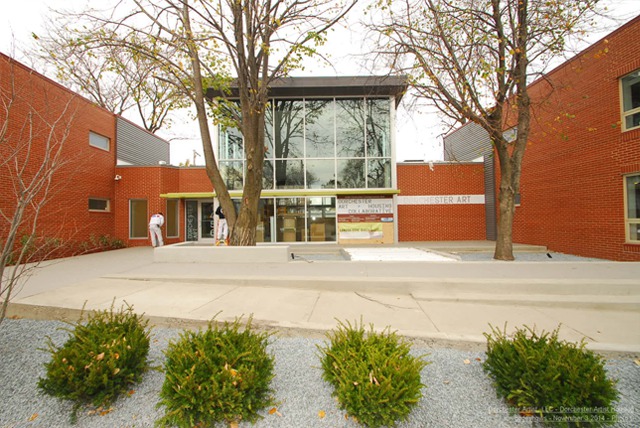 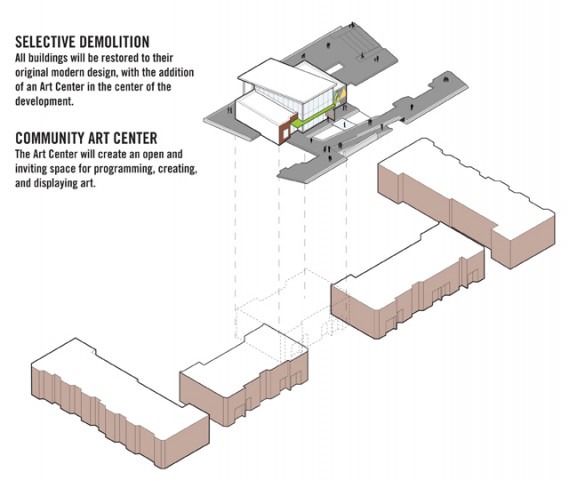 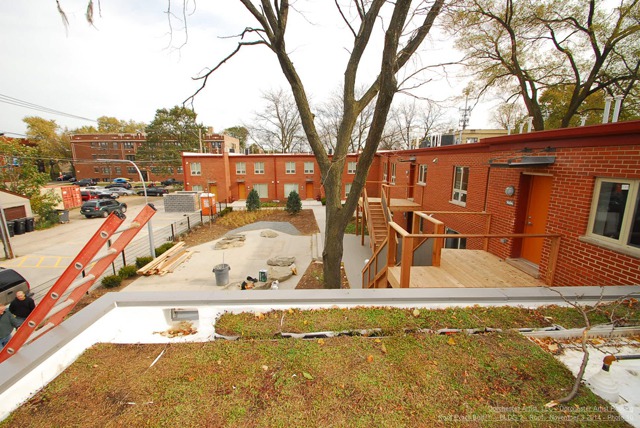