Banani is situated at the foot of the cliff where the main route from Sangha runs. In the past the Americans started building a school but because of the lack of money they stopped in an early stadium. They built a foundation of valuable stones and morter. Parts of the walls were waiting to be finished and the Foundation Dogon Education started to do so in 2007. 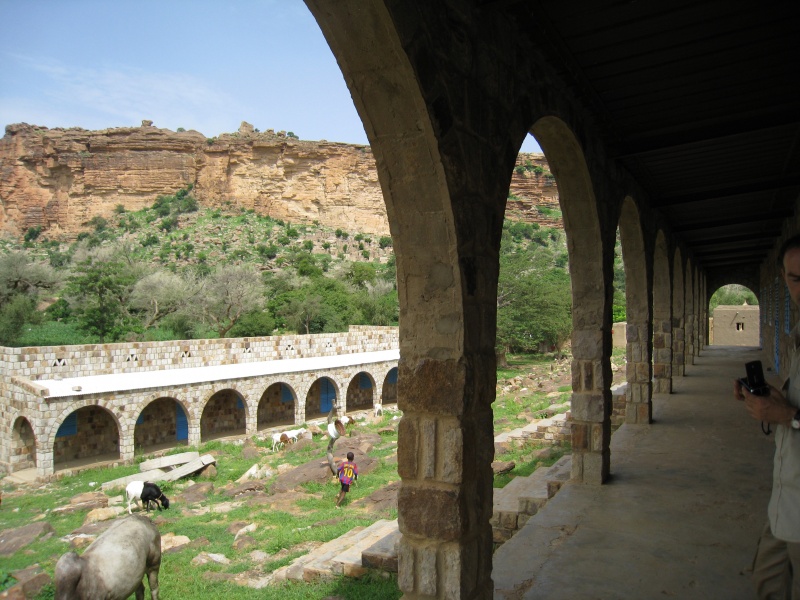 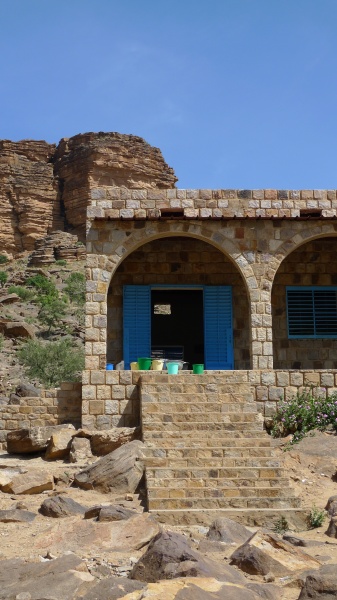 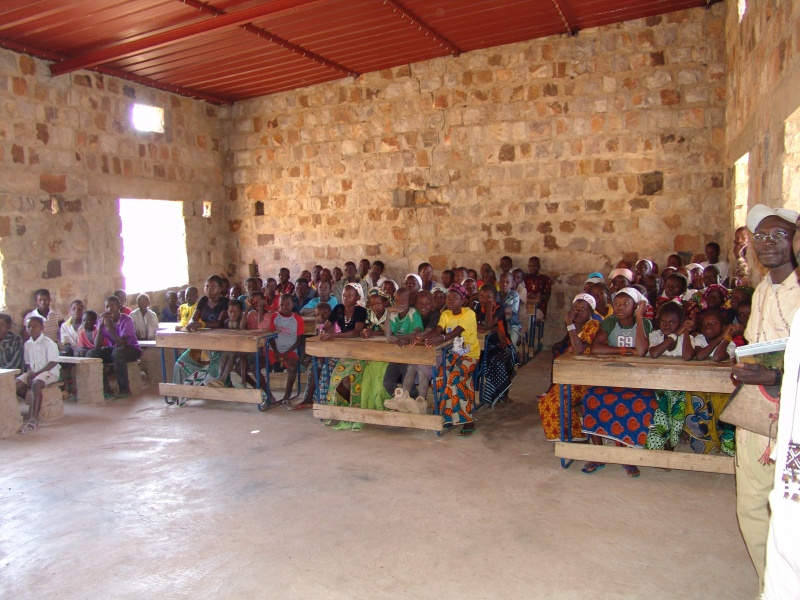