Transforming an urban slum into a symbiotic settlement.

Treasure Hill Symbiotic Settlement has marked an important stage of bottom-up place-making in Taipei over the past decade. The post-Chinese Civil War landscape was marked by informal settlements where low-ranking veterans accommodated themselves in self-constructed houses on state-owned properties.

The democratization of Taiwan in the early 1990s made the bottom-up initiative preservation movement possible to realize in a long-term negotiation and communication process between public institutions, local initiatives and professional groups. This resulted in the preservation of Treasure Hill Settlement, a story of negotiation and cooperation among multiple stakeholders.

After a series of planning program evaluation, physical restoration and refurbishment, the settlement is now serving as a mixed-use function of a rehousing quarter for the original residents, a new artists’ village, and a youth hostel. The restoration was completed in March 2010 and the site re-opened in October 2010. Nowadays, it is one of the most popular cultural hubs in the city.

Treasure Hill was a military post from the 1950s to the 1970s, and then became a self-constructed village where veterans, political refugees of the Chinese Civil War, and immigrants from the countryside lived. By the 1980s, there were already over 200 households living in this ten acre (four hectare) settlement. Those residents were mostly underprivileged, economically as well as socially. They used whatever was available to them to build houses, such as pebbles from the riverbanks, recycled bricks from deserted fortifications, etc. Over time, these individual homes , developed into an informal settlement that accommodated the city’s most underprivileged. For a long time, the government turned a blind eye to informal settlements in the city. Because these settlements helped to accommodating the rapid expansion of urban population. In some degree, those settlements were given semi-legal status with the offering of water, electricity, legal addresses and also the duty of paying tax.

With the modernization of the city, informal settlements in Taipei were gradually disappear. Treasure Hill was lucky to remain even until the democratiztion of the country. Although the city government was trying to enforce the demolition between 1993-1995, it was flummoxed by nonstop protests in every instance. 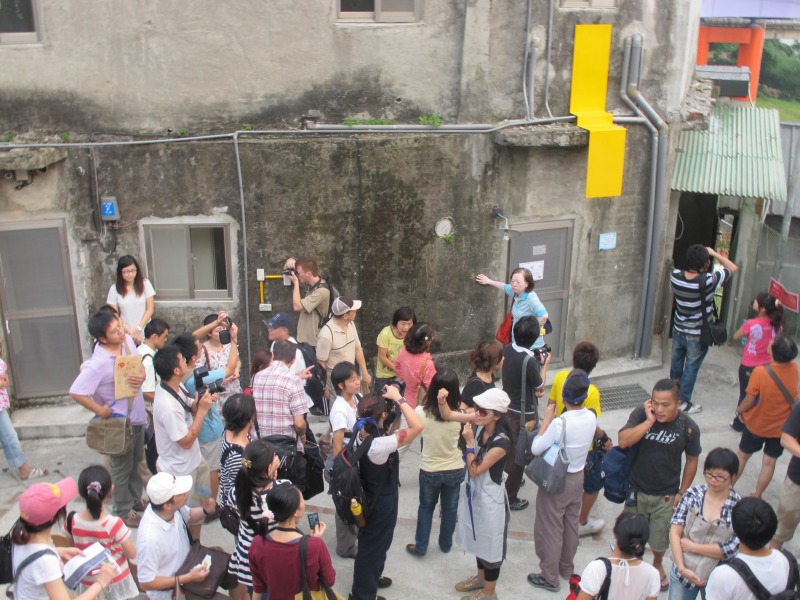 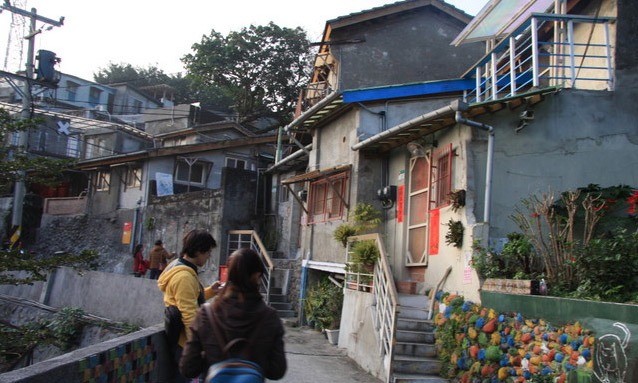 Most of the self-constructed houses were restored. 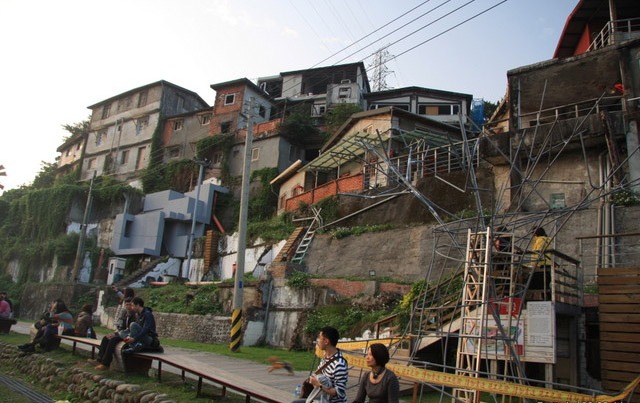 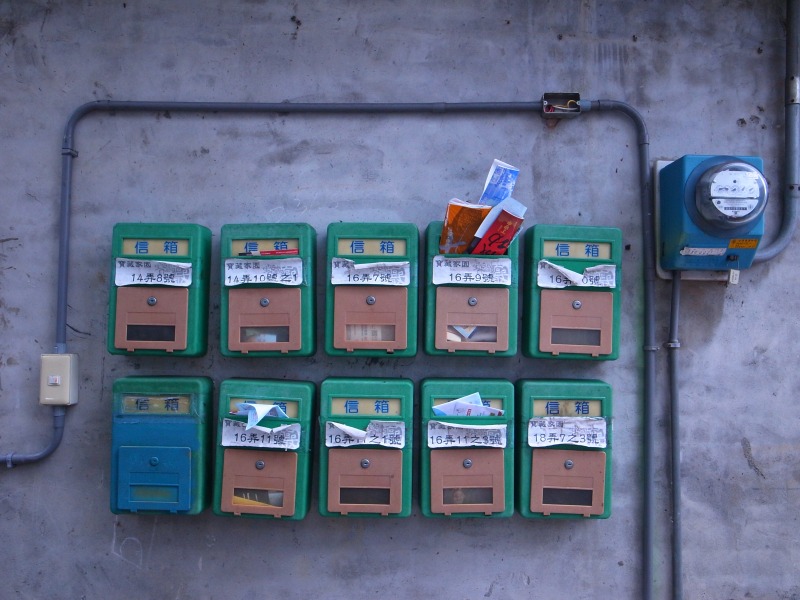 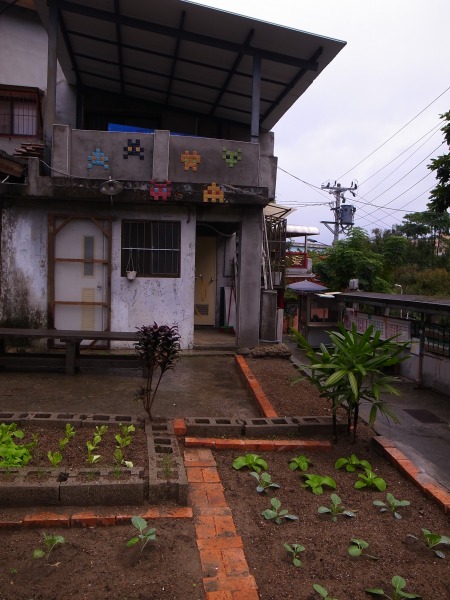 Community garden in the settlement 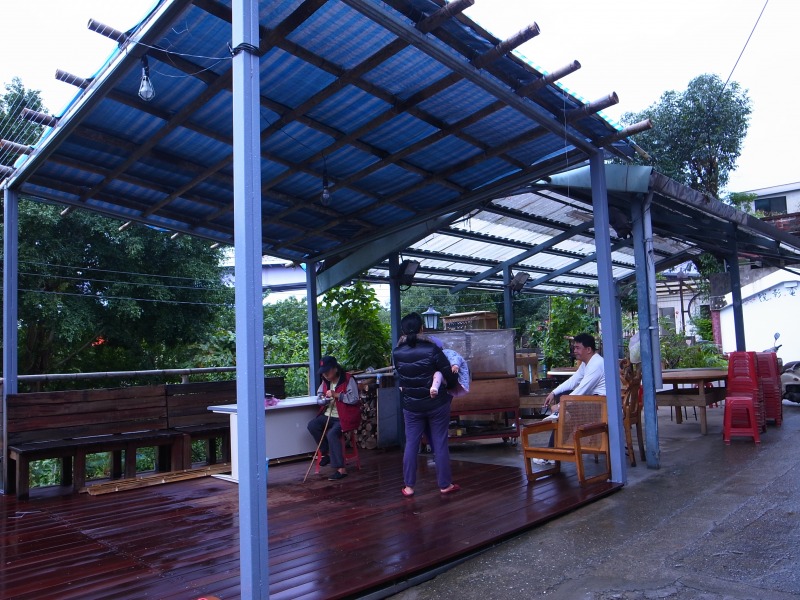 Residents meeting each other at the community space 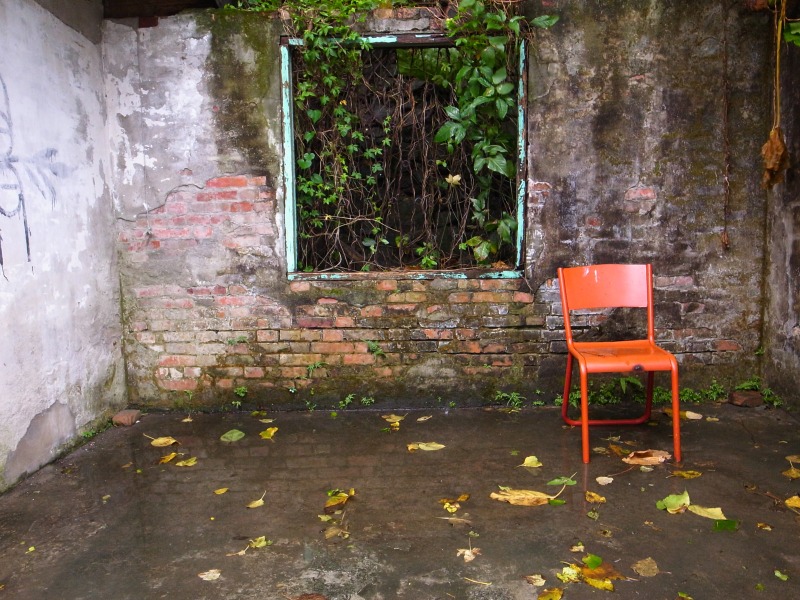 public art space in the settlement 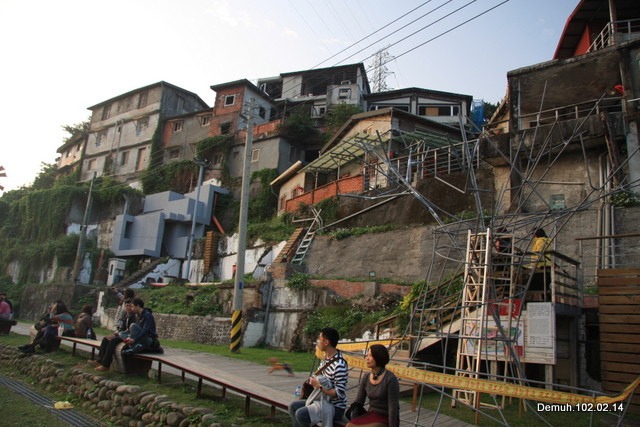 View from down hill. 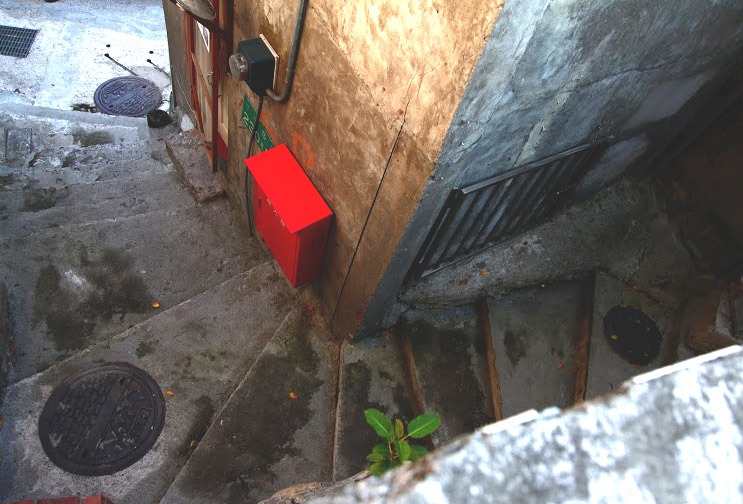 Winding stairs and alleyways as a result of the self-built, organic process.