Affordable housing, initiated by the community.

Alice Coles approached Maurice Cox, because she felt her community was in need for architectural service. The architect was amazed by her courage and agreed to improve their sanitation problems. He and his team brought a first visit to the village and realized also the houses needed to be repaired. Once a month they would visit the community and only after the fourth meeting they proposed their first design-options, designed in their office. By a monthly voting of the community a design was chosen and the team would accept this decision. In the end the design was presented to funders, who at first rejected the project. Alice Cole was able to use her passion, convinced the funders of the importance of, for example, the porch. A mediate design was made and realized. 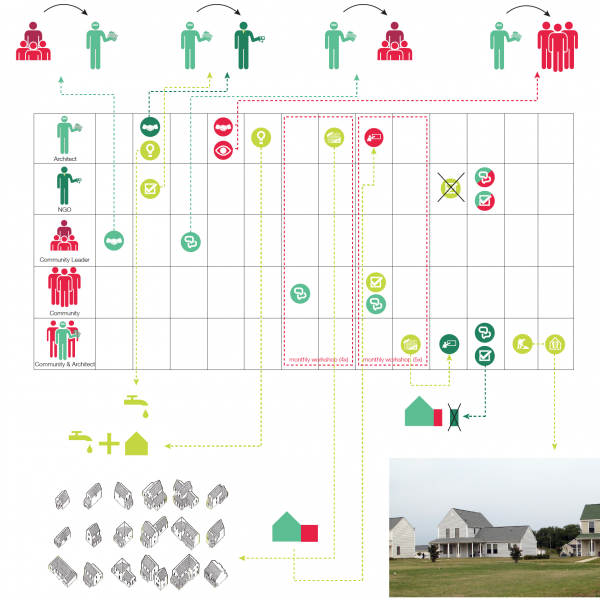 some rights reserved
i
cultural and social context

In 1994 the government planned a maximum-security prison on the ground of the Eastern Shore, which started a three-years battle between the community and the state of Virginia. After this struggle, led by two African-American women from the community, Alice Coles and Cozzie Lockwood, the community was able to stop the construction of the prison. After this success, Alice Coles realized the community had to take action to improve their quality of living. She visited a design workshop and approached Maurice Cox, an architect in Virginia, in person. Her courage and drive were enough to convince him to work with her. They agreed to solve the serious problems regarding clean drinking water and sanitation.

Living on the Eastern Shore of Virginia, the community of Bayview is physically isolated from the rest of the state by the Chesapeake Bay. The only connection between one part of the river and the other is a ten-mile bridge or tunnel. This resulted in an economical, psychological and physical isolation of the community. This is expressed in their substandard living conditions, often without running water or indoor plumbing. At first, the goal of the project was only to solve the issues regarding safe drinking water. After a visit to the community and one of the residents saying “Why would you even bother bringing water to shacks like these? This place is nothing like the Bayview we grew up in.” the architectural team realized the houses of Bayview Village needed to be reconstructed as well. At this moment the residents were living in small two-rooms shacks and only six out of 52 houses had a toilet. They organized nine meetings on a monthly basis. Maurice Cox and his team would visit the community once a month and the residents told stories about the rural life on the Eastern Shore in houses without bathrooms. From the stories of the residents the designers learned much about the life in Bayview. It became clear that the porches of the house took an important role in their lives. Here they had learned to read or heard stories from their grandparents. During the monthly visits they literally cleaned up Bayview by demolishing burned-out buildings and other garbage. In one of these weekends even more than 12.000 kg of trash was removed and people started realizing they could change their community by themselves. Meanwhile the team worked on a design at their office and only after five months they showed the residents their plans and by voting decisions were made. To ensure they could make considered decisions all aspects of the designs were explained and the team always presented at least three options to force them to evaluate the options with one and another. At the end of the day a decision was made and the team would have to live with that.

The National Association for the Advancement of Colored People (NAACP) worked as partners with the architectural team of Maurice Cox. They were already familiar with the community of Bayview because of the protests against the state prison. They issued a national press release of the project, which gained a lot of national attention. This publicity and the drive of the Bayview people, who were very clear that they wanted quality in their project, resulted in an incredible number of financing sources. These different actors complicated the project, since they all had different wishes, but simultaneously brought financial possibilities. After nine months of working with the residents, a design was presented to fundraisers. The project was rejected. The porch was just a luxury facility and was too superfluous in affordable housing. After a battle between the fundraiser on one side and the architectural team and the passionate Alice Cole on the other, they mediated some design issues and the construction of the project could start. Both parties approved a smaller porch.

The innovative aspect of this project is much more about the design and construction process as the architectural project. The houses are constructed with a conventional American structure and materials.

The Easterns Shore of Virgina has a mild climate compared to other areas of the United State of America. Severe weather, in the form of tornadoes, tropical cyclones and winter storms, can impact the state on regular basis. 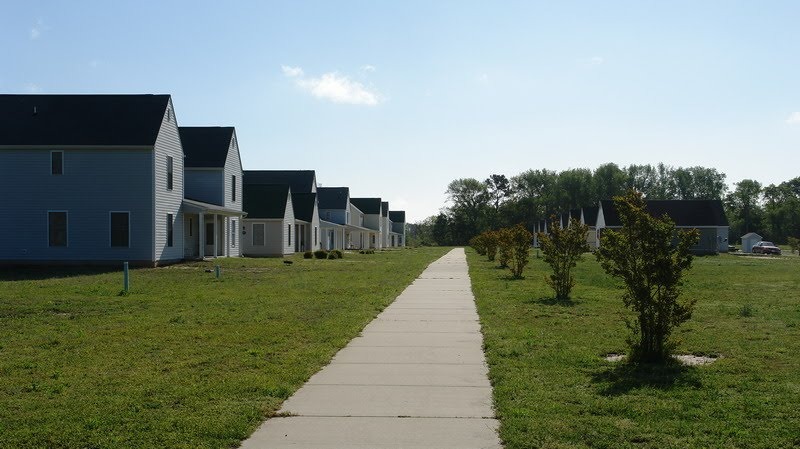 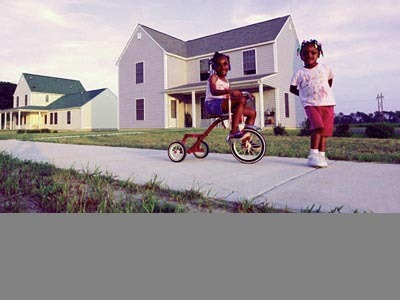 image: CNU | © all rights reserved
i 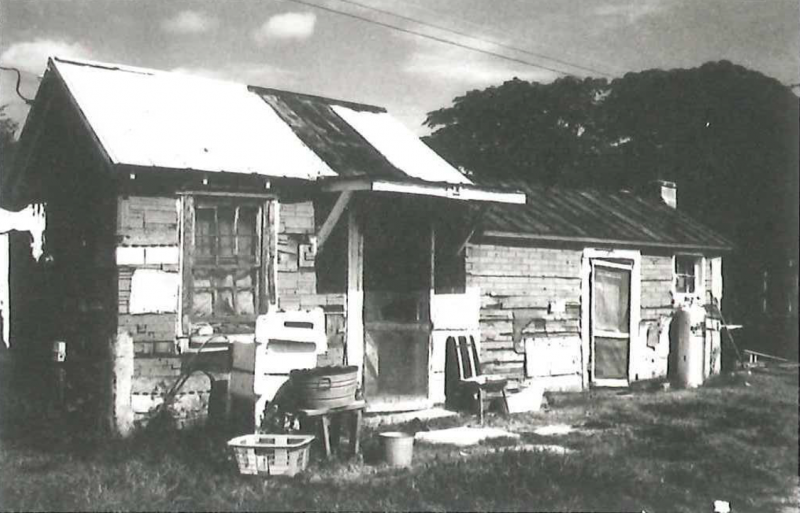 A typical home of Bayview before the reenvision of the community 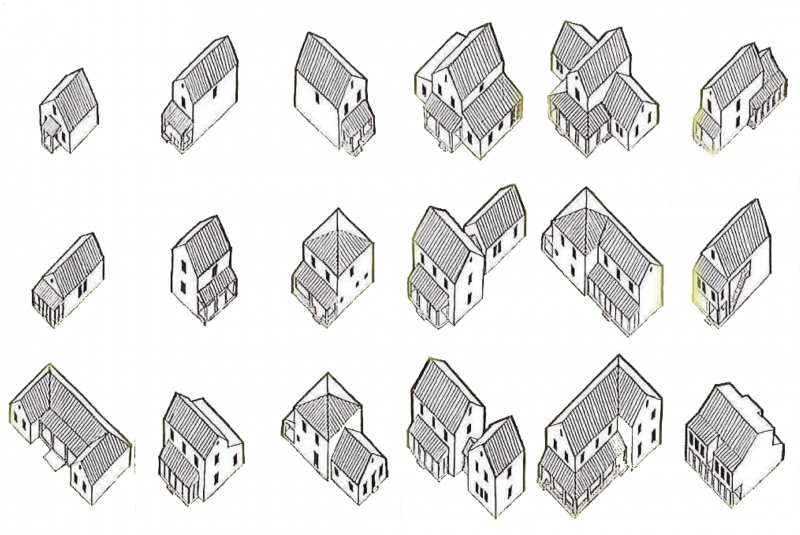 image: © all rights reserved
i
external links
Congress for the New Urbanism
Design Like You Give a Damn by Architecture for Humanity
Participation of the User in the Design Process by I. van Leuken
Location
show earth plate boundarieshide earth plate boundaries
Explore more inspirations
Keyword:
crowdfunding (16)
participation (93)
empowerment (51)
community practice (102)