Wandering down narrow lanes, past rows of makeshift houses, I could be standing in a squatters' village in the countryside of Hong Kong's New Territories. Potted plants sigh in the heavy heat of summer. Door gods peel from wooden entranceways. It is quiet. But I’m not in a village — I’m ten stories above a narrow street in Tai Kok Tsui, on the roof of a large block of flats built in the 1960s. About thirty families live on the roof. Most are immigrants from mainland China or South Asia; others are longtime roof-dwellers who’ve decided they’d rather live here than in a faraway public housing estate.

Hundreds of thousands of people escaped famine, poverty and political persecution in mainland China by flocking to Hong Kong in the 1950s, 60s and 70s. The influx created a severe housing shortage. Many migrants had no choice but to build homes in shantytowns that grew up along the hillsides of Hong Kong Island and Kowloon; others built farming villages on government land in the rural New Territories. Beginning in the 1950s, prompted by a massive fire that destroyed a hillside shantytown and left 50,000 people homeless, the Hong Kong government began relocating squatters into public housing estates. This continued until the 1990s, when the last major shantytowns were demolished, though there are still many smaller squatters' villages throughout Hong Kong, many of them attached to indigenous villages that have existed for hundreds of years.

Rooftop housing resembles other informally-built housing in Hong Kong. Most houses range in size from 100 to 300 square feet. Most are one storey tall, but some have a cockloft that can be accessed by a ladder within the house. The houses have brick or concrete walls and sheet metal roofs that are pitched at a slight angle. Windows and doors are the same mass-produced varieties that can be found throughout Hong Kong. Most houses have toilets located in an adjacent structure. Rooftop houses are usually connected to their host building's electrical, water and sewage networks, and their inhabitants pay the same utility fees as other building residents. 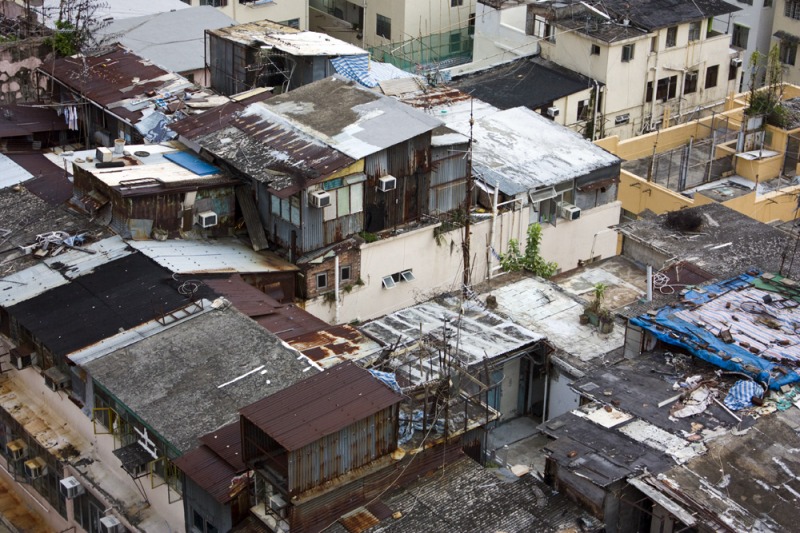 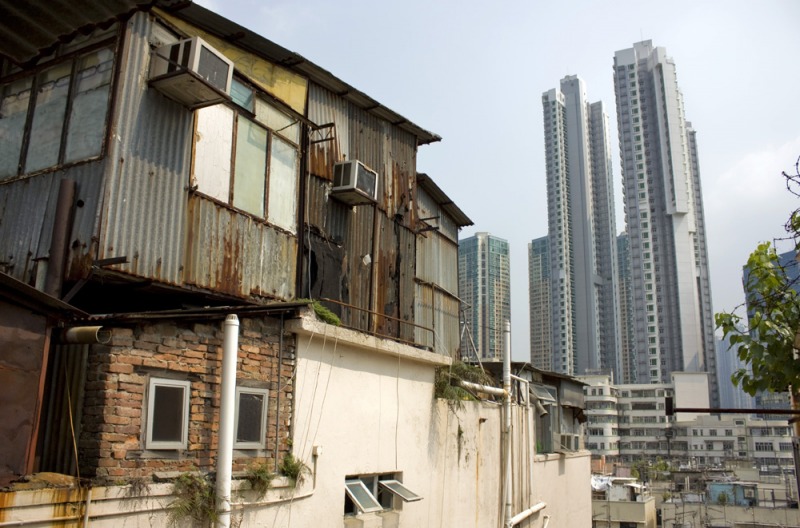 Rooftop house made with brick and sheet metal 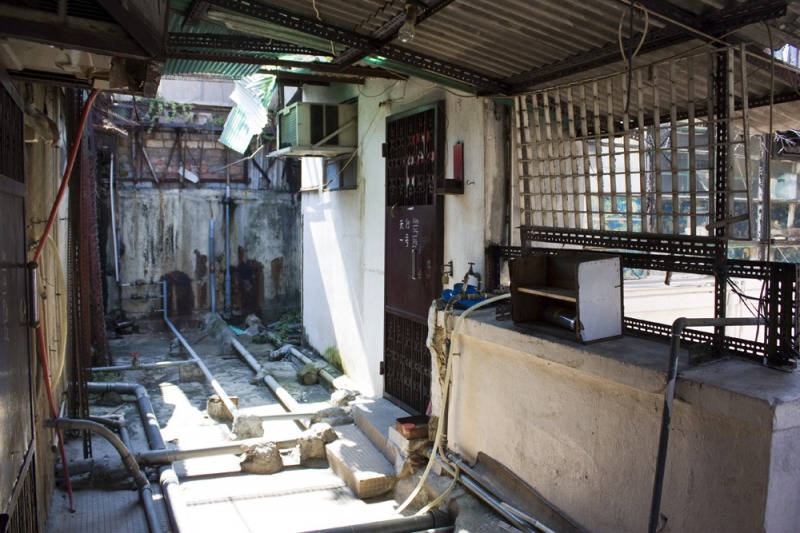 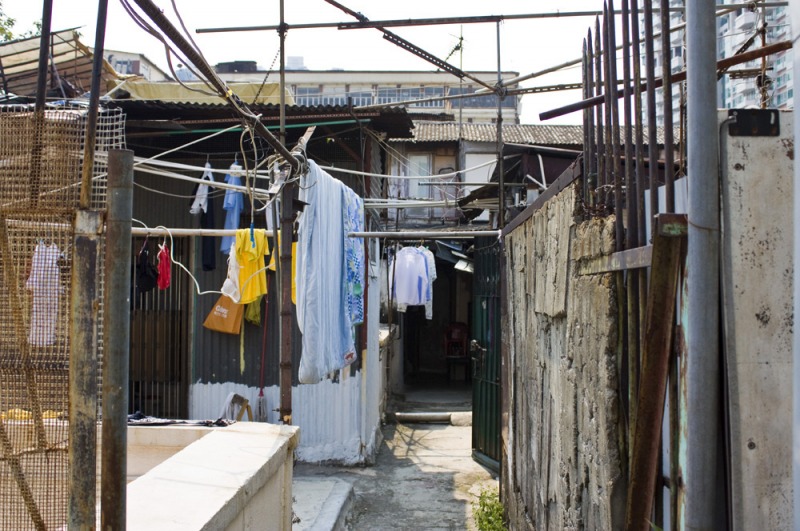 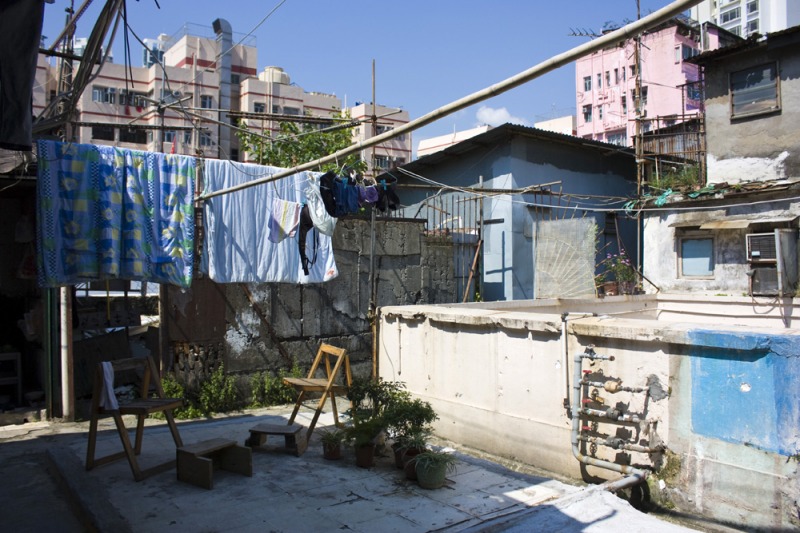 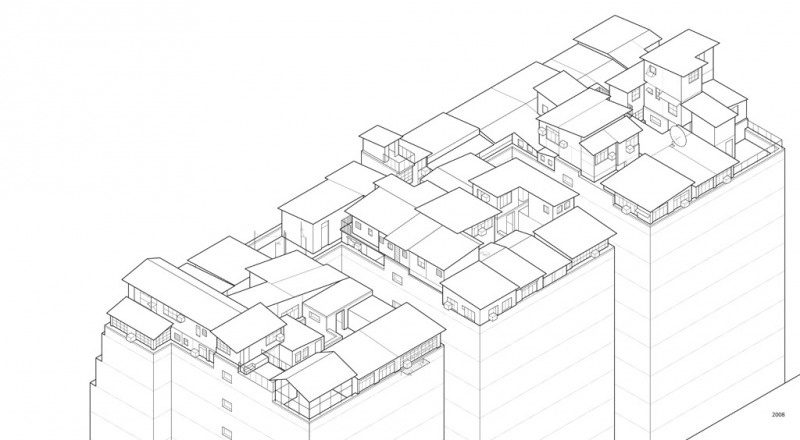 One of the rooftop villages in district Tai Kok Tsui /// Picture source: Portraits From Above /// Author: Rufina Wu and Stefan Canham 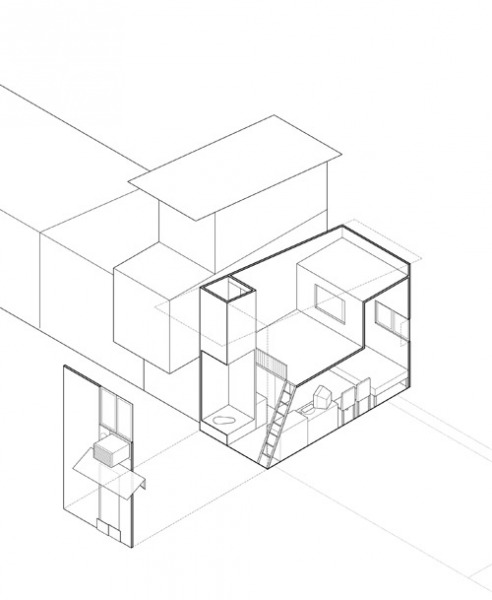 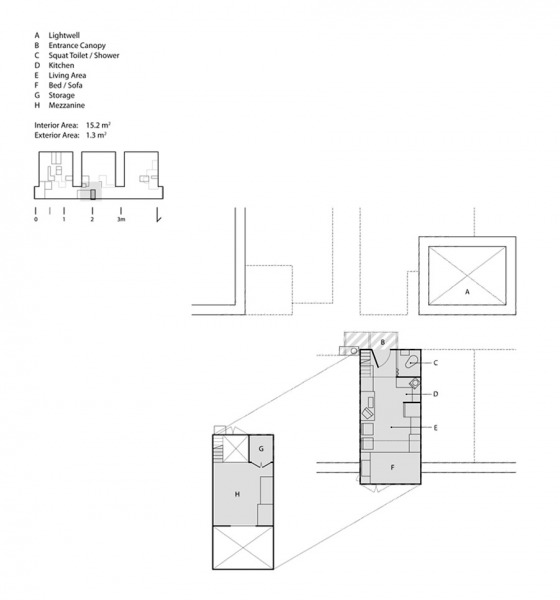 Plan of this dwelling #5 /// Picture source: Portraits From Above /// Author: Rufina Wu and Stefan Canham 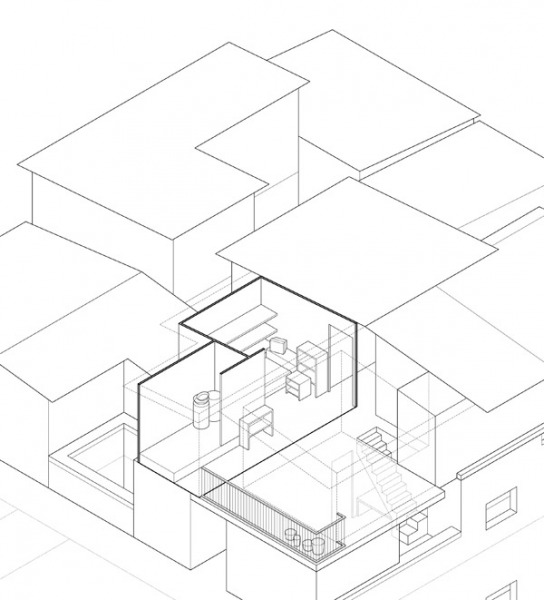 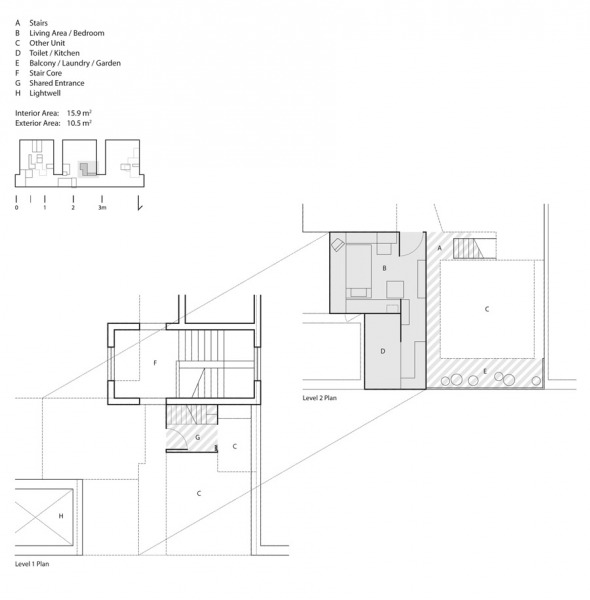 Plan of this dwelling #6 /// Picture source: Portraits From Above /// Author: Rufina Wu and Stefan Canham