projects
experts
Submit a Challenge
Submit an Inspiration
About Architecture-in-Development
Our team
Our steering committee
Subscribe our newsletter
What's going on
Contact us
Register
Login
by Tere García (visit profile page), 11 June 2015
The Floating Basket Homes of Iraq: A Paradise almost Lost to Saddam
share on: 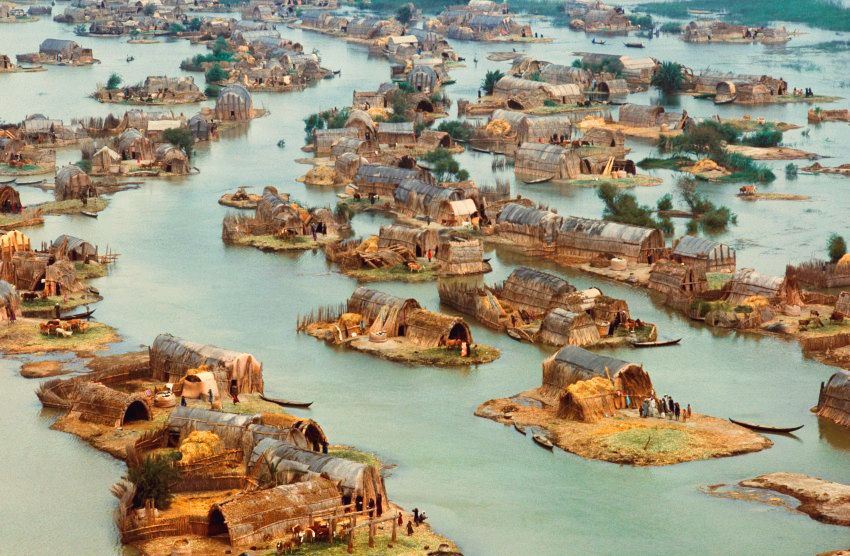 It was Iraq's 'Garden of Eden'; unique wetlands in Southern Iraq where people were known as the Ma'dan or 'Arabs of the marsh'. They lived in the Mesopotamian Venice, characterised by beautifully elaborated floating houses made entirely of reeds harvested from the open water. These architectural wonders were built fast and quick without nails, wood or glass. They were known as 'mudhif'. They all rested on small islands which were built with compacted mud and rushes. (See pictures below) 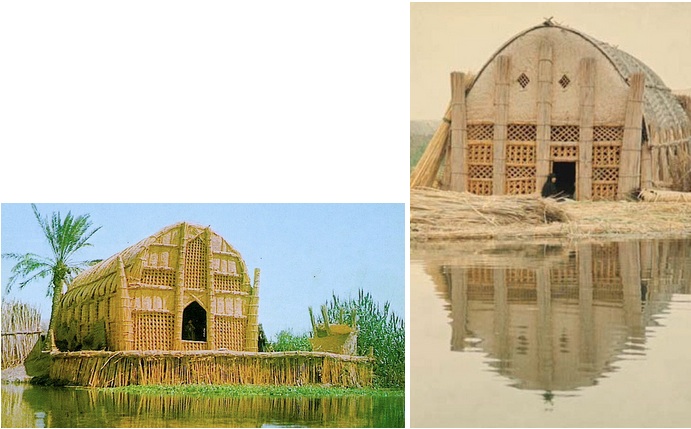 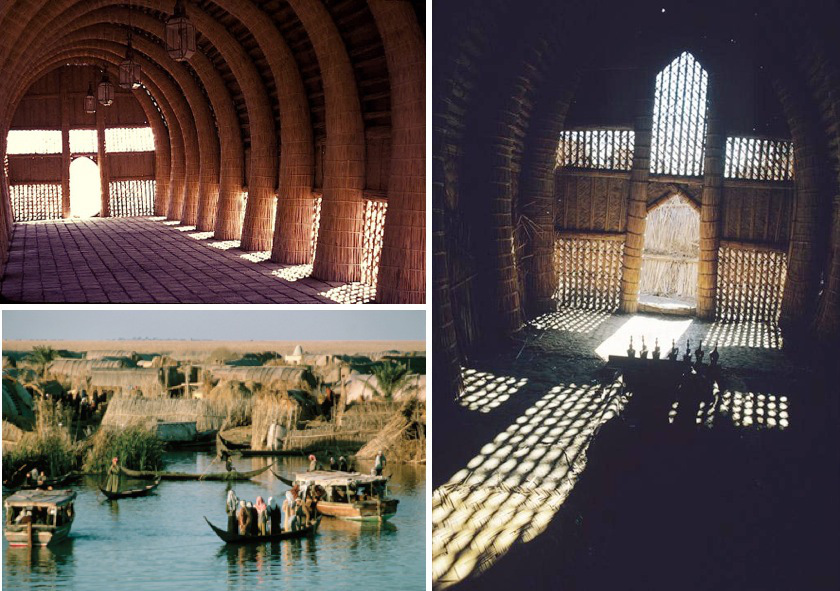 This construction method has been used by the plain dwellers for thousands of years, but in recent decades, this exotic and fantastic example of architecture has almost disappeared. It is at risk of being lost along with its ancient knowledge of this unique building technique.

During the late 20th century, the destruction of this Middle Eastern paradise came at the hands of Saddam Hussein regime. The marshes and their floating reed homes were considered, for some time, a refuge for those persecuted by the government of Hussein, and in past centuries they were a refuge for escaped slaves and serfs.

During the 1991 uprisings in Iraq, Saddam Hussein drained the unique wetlands of Southern Iraq as a punishment to the Marsh Arabs who had backed the uprising and allegedly given refuge to militiamen that the government regarded as terrorists. 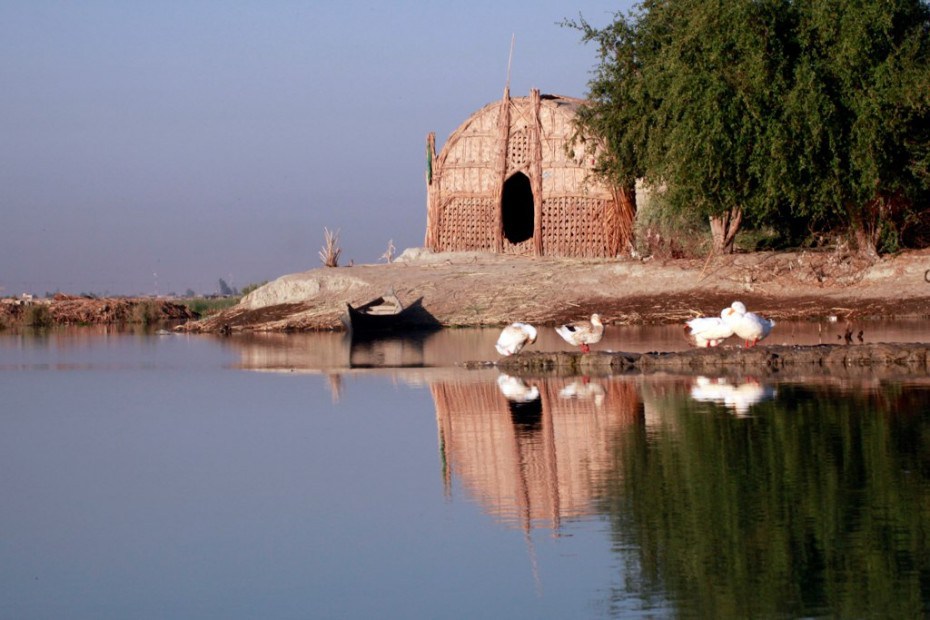 The Iraqi government aggressively revived a 1970s irrigation project that had initially been abandoned after it began to disrupt the flow of water to the marshes. Very quickly, their food source was eliminated, their villages were attacked and burnt down and their lush paradise was systematically converted into a desert. The small amount of remained water was reportedly poisoned. 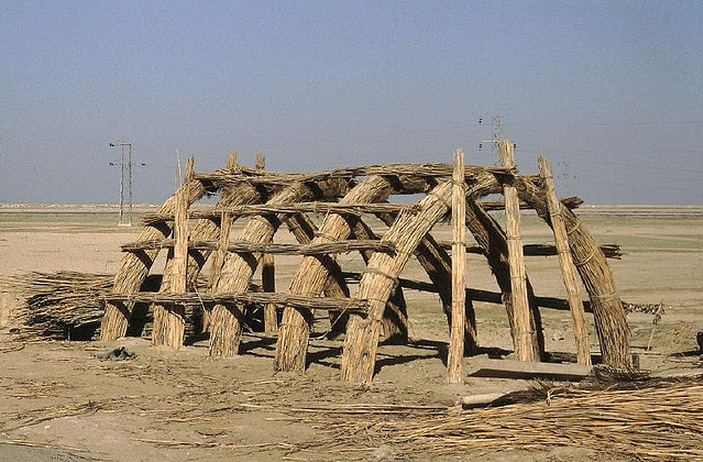 Residents had to abandon their traditional lifestyle, going to small villages, camps in other areas of Iraq or to Iranian refugee camps. Only 1,600 of the nearly half million Marsh Arabs (recorded in the 1950s) were estimated to still be living in the traditional housing in the new millennium. 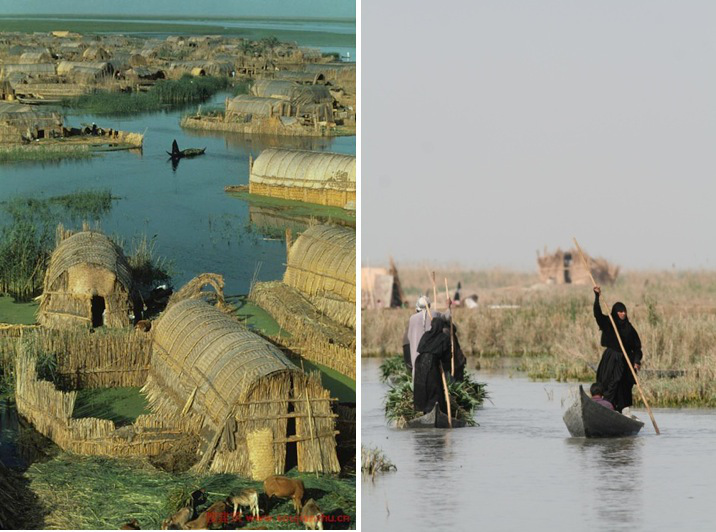 It was considered a lost culture until a remarkable recovery began to take place in 2003 when local communities began breaching Saddam Husseins's dikes after the U.S. invasion of Iraq. A four year drought also came to an end the same year and the wetlands have now been restored to cover more than 50% of the 1970s water levels (pictured above). The ecosystem however may take far longer to restore than it took to destroy. Many of the Marsh Arabs have moved on and those that return are greeted with no clean drinking water, poor sanitation, and no health care or education facilities.

Only miles away from cities devastated by war, there are a few willing to risk their lives to save a marsh and its dwindling eco-friendly community. However, there is hope. Nature Iraq, founded by an Iraqi-American hydraulic engineer who gave up his life in California to help restore the country's lost garden of Eden, is leading efforts with financial support from the United States, Canada, Japan, and Italy. One of their most recent efforts is to rebuild the Ma'dan community; to re- construct a traditional mudhif and demonstrate how the alternative, low-cost and sustainable building methods could work once again.

Tere García Alcaraz is an architect and development practitioner from Barcelona. Find more about her thoughts and publications on Archithoughts or follow her @archithoughtsT

Photos via author unless otherwise linked.