A school in Burkina Faso

I choose to come to Bethel School because it is a school unlike any other,’ says Safieta, a pupil at the school. ‘They offer excellent counselling as well as a moral and civic education.’ Despite cycling 10 kilometres each way over unpaved roads to get there Safieta is overjoyed to have a place. As a girl attending secondary school, Safieta is unusual in Burkina Faso. 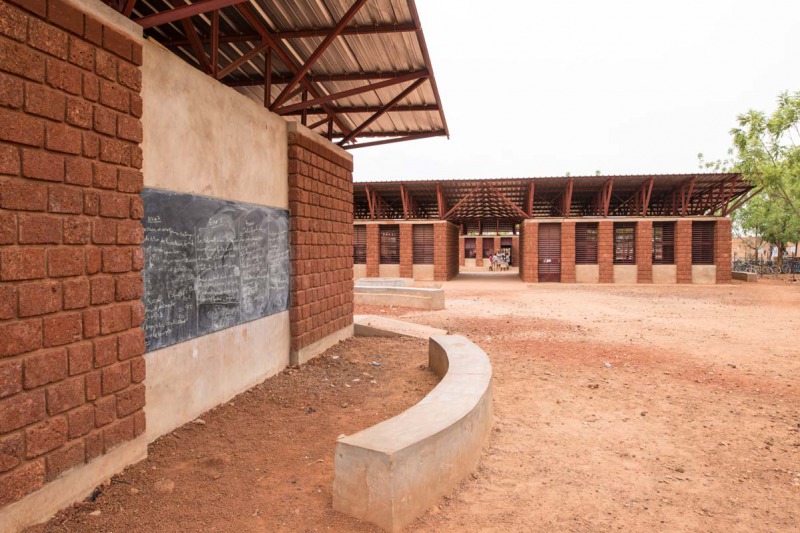 Before Article 25 came to Gourcy, over 650 students were taught in just eight classrooms. These were poorly constructed; the classrooms were very dark and the concrete building acted like an oven so that at midday it was hotter inside than it was outside. The school was oversubscribed and forced to turn away students, leaving 74.1% of secondary school aged children in Gourcy out of education.

There were only four badly maintained, unhygienic toilets for the entire school. During participation workshops it became clear girls like Safieta were embarrassed to use them, sometimes even staying at home to avoid them. None the less the school’s considerable academic achievements and the benefits of its emphasis on participatory teaching methods were obvious. These persuaded Article 25 to get involved in the project, just as they attracted Safieta to the school.

Article 25’s approach involves running community participation workshops and ensuring marginalised members of the community have a voice planning the new building. We continue to work closely with the people who will use the buildings throughout the design process and while adapting plans during construction.

During the community participation process it became clear improving sanitation facilities and introducing gender segregated latrines would not only make attending school more pleasant and improve hygiene, it would also encourage girls to come to school during their periods. This is particularly important as educated women are better able to assert their rights, narrowing gender inequality, and because the children of educated women rate higher than average across a large range of human development indices. The latrine blocks are clean and airy and the users are extremely pleased with them.

AEAD, Giving Africa and the community made changes to the school’s curriculum in order to serve pupils better. From Article 25’s perspective the biggest challenge was the construction of eight additional cooler, better ventilated classrooms, creating capacity for 300 more students. The design also included cooking space, which Giving Africa uses to feed over 200 of the most vulnerable students, who would not necessarily eat otherwise. This allows the students to focus better in lessons and is a powerful incentive to go to school. Development the community considers less urgent, such as a new library, form a phase two that will be implemented if the funding charity, Giving Africa, can raise enough money.

During the community participation sessions children said riding their old bicycles several kilometres over badly maintained roads took a long time, and that the time they spend at home is in the dark. As many children’s homes don’t have electricity they struggled with homework. The school design incorporates open air work stations with blackboards on the gables which, like the cooler classrooms, allow children to study at lunch and after school hours.

All these design features improve the students’ ability to learn, particularly the most vulnerable children. A high quality education not only allows students to rise out of poverty, but helps develop their country.

As with all Article 25 projects the construction work was carried out by local contractors. This means builders in Gourcy gain employment, learn new skills and techniques that can potentially be used on other buildings. Designing the project around local materials and skills contributes to growth of the local economy.

The school is constructed out of laterite stone blocks, a building material which is normally only used for cow sheds. Concrete, on the other hand, is seen as a signifier of development, but there is no concrete industry in Burkina Faso, which makes it very expensive to import. Through community participation workshops, Article 25 worked with the community discussed the benefits of using the laterite stone in a new context. The financial impact of using laterite quarried two kilometres away, instead of concrete imported from two countries away, made room in the budget for a large raised roof design. The local builders’ familiarity with laterite, meant they were able to use their unique skills to improve the building project. It was agreed that using laterite was preferable.

To combat the heat of this region raised roofs provide shade for the classrooms throughout the day. Louvered windows cross ventilate the new buildings. Paul Ouedraogo, a teacher at the school, says ‘the children are very proud of themselves and they enjoy the lessons more; the temperature is also much more controlled – not too hot or too cold.” 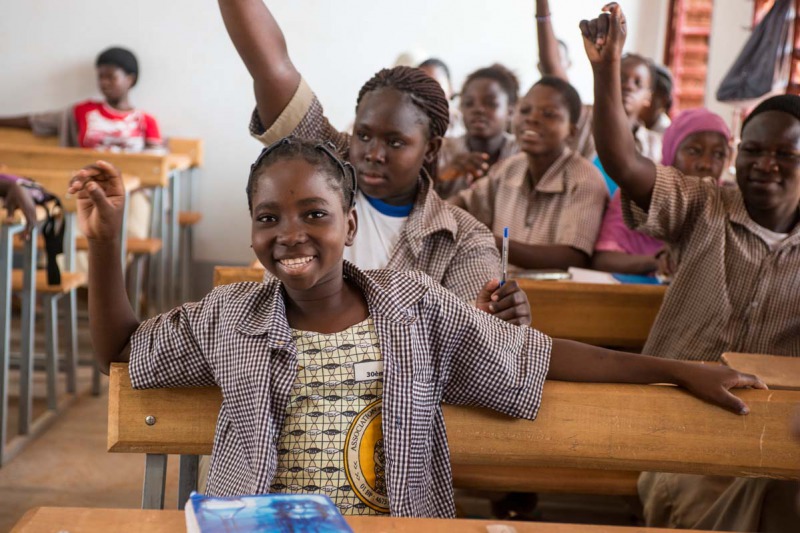 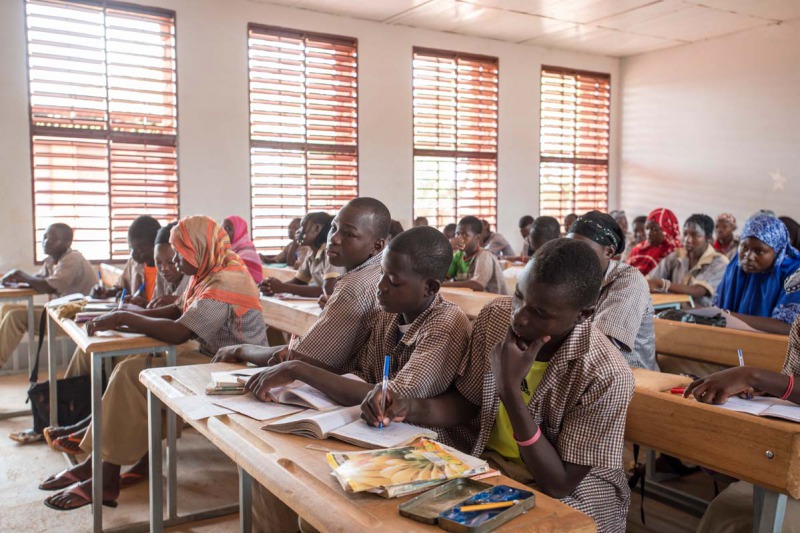 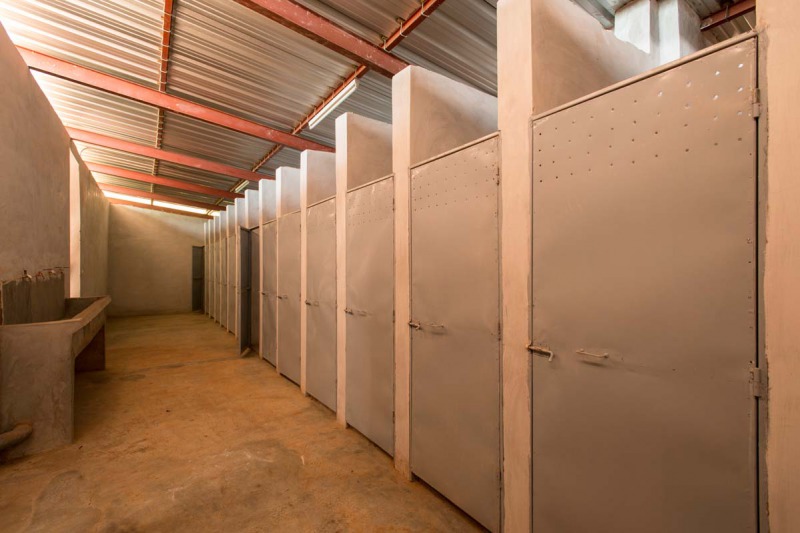 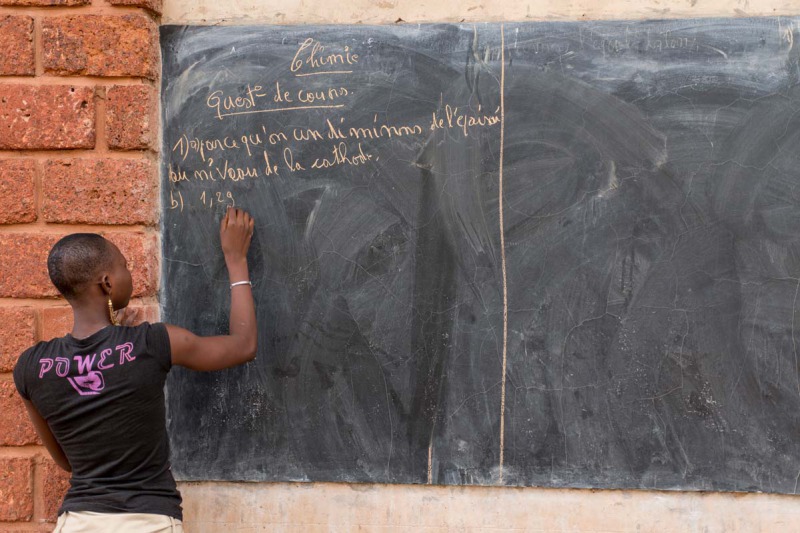 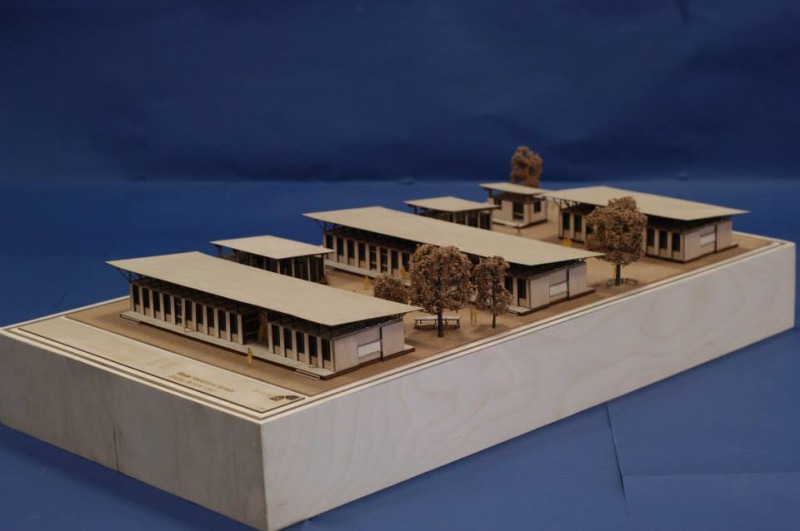