In March 2013, Building Trust international, Habitat for Humanity & Karuna Cambodia announced the results of the Future of Sustainable Housing in Cambodia competition. The design competition asked for designs of a $3000 house that could withstand flooding and offer a safe and secure home for low income families in Cambodia. Courtyard House is one of the three winners of the Competition:

The Courtyard house is a response to the traditional Cambodian dwelling. It is rooted in the tried and tested Cambodian vernacular, both spatially and in terms of its construction: it aims to be familiar. Whilst it provides the traditional requirements of the Cambodian home, in particular the family room, it also incorporates a new area at the back to gather for cooking and eating, a connecting courtyard garden, and washing and sanitary facilities. It condenses these usually more spread-out features into a narrow site through the adoption of a courtyard + bridge typology.

Compositionally, the house is simple and creates a series of open and enclosed spaces, most importantly the inner courtyard-garden that connects ground-level and raised living areas both physically and visually as well as allowing cross-ventilation and natural light. In addition, the proposed cladding of lightweight shutters allows the family room to be more or less open. The house is a place for the family to withdraw to, but also for hanging out in, chatting with neighbours and watching the world go by, as for example on the familiar sitting-out elements of the stair and raised open verandah at the front.

Constructionally, the house is made of familiar local materials, using traditional methods. It is built up from the ground , raising the structure creates a shady area below for motorbikes and hammocks at the front and washing at the rear.

The local family were involved in the project from the very beginning. They were involved in the selection process choosing their own home design from a shortlist of scale models from the competition. Along with a panel of jury members including members of Habitat for Humanity, Building Trust international and local architects the three winning designs including Courtyard House were chosen.

In Cambodia, 28.3% of the population live on less than $1.25 per day (UNDP Human Development Report, 2011). People living with HIV/AIDS are especially vulnerable, as much of their income and savings have to be spent on medical treatment. Their earning capabilities are reduced, which can lead to selling of assets, including housing. Many have to move to Phnom Penh to access ART but are unlikely to have any social or economic capital. This has led to families living outside the hospital on the street in temporary slum accommodation. To compound this problem many live without formal land titles which restricts on-going investment and maintenance of residential homes and stops the notion of housing providing any form of financial security as most households are under constant threat of government or private eviction.

Courtyard House uses locally sourced materials such as bamboo to create a low cost home. The open lower level allows for flexible spaces as when it is rainy season the family can move to the upper levels and not incur any flood damage. The open living spaces allow for flexible living and movement throughout the different rooms.

The choice of materials also reflects a dual approach, with prominence given to traditional solutions such as timber, (split and whole) bamboo and palm leaf matting which can be sourced locally and through which local builders and their longstanding construction techniques can be supported. At the same time, reasons of cost, practicality and durability suggest the use of some modern materials, e.g. corrugated zinc for roofing (preferable to flat zinc sheets for climatic reasons), brick and concrete. 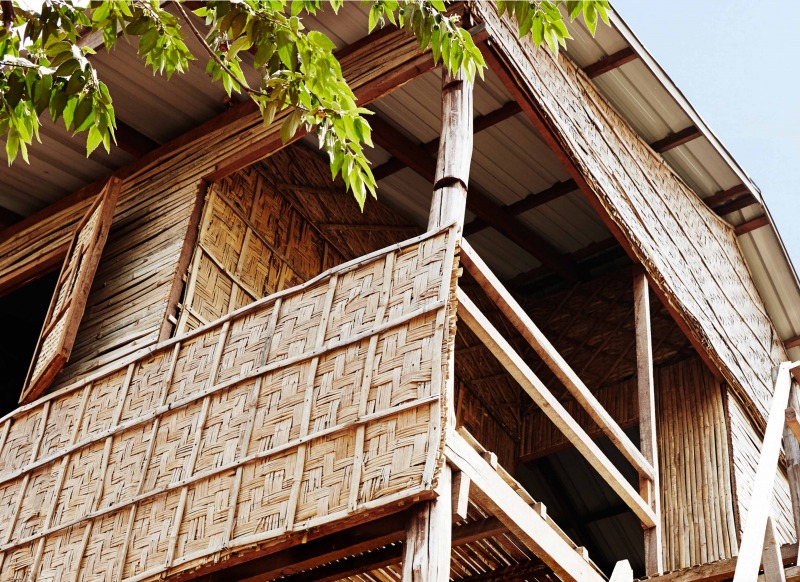 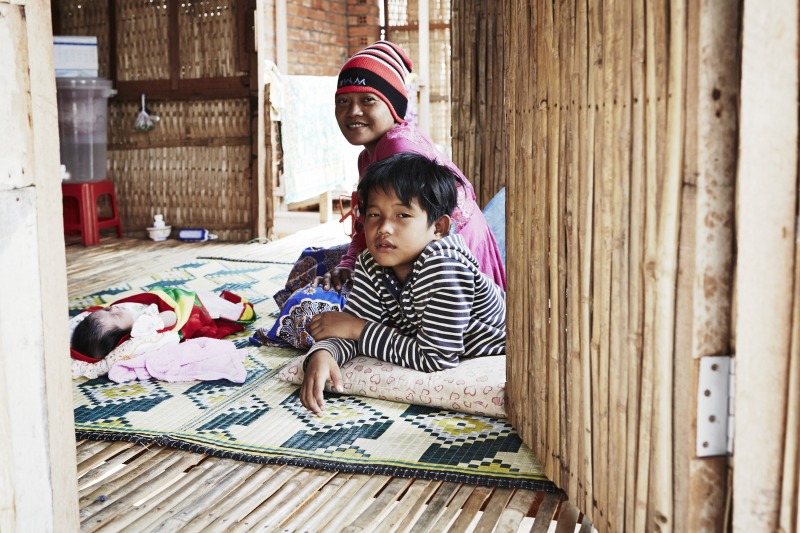 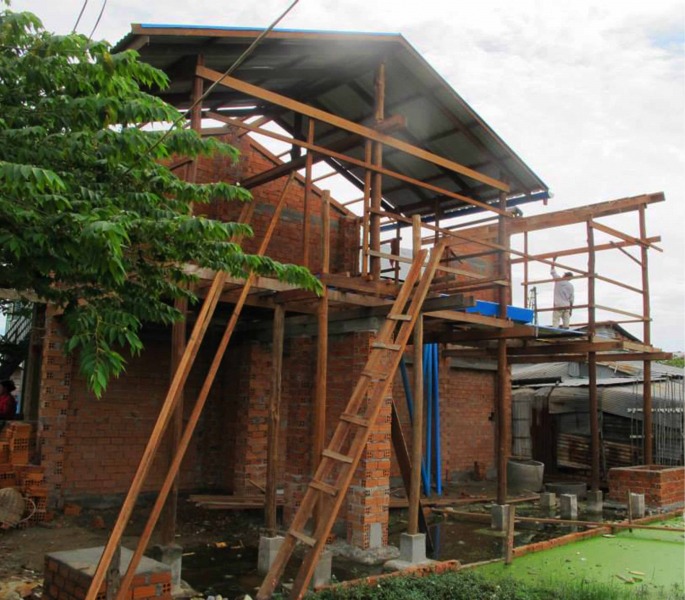 some rights reserved
i
technical drawings 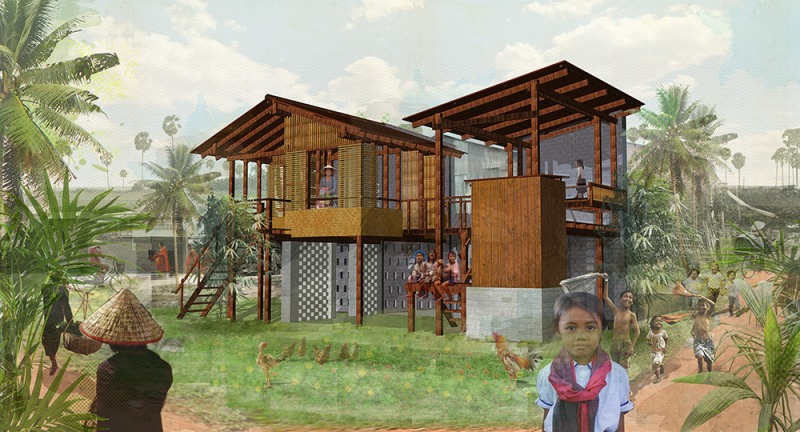