projects
experts
Submit a Challenge
Submit an Inspiration
About Architecture-in-Development
Our team
Our steering committee
Subscribe our newsletter
What's going on
Contact us
Register
Login
by Auroville Earth Institute, 9 June 2011
Earth architecture in the world - A MILLENNIA OLD TRADITION
share on:

Down through the ages, people have been using raw earth for building their living spaces. Every single continent, and nearly every country, possesses a rich heritage of earthen buildings. From the roof of the world in Tibet, or the Andes Mountains in Peru, to the Niles shore in Egypt or the fertile valleys of China, many are the examples of earth as a building material.

It is evaluated that about 1.7 billion people of the worlds population live in earthen houses: About 50 % of the population in developing countries, and at least 20% of urban and suburban populations.

People from all countries with so many diverse cultures, social & constructional habits; have used this material from our Mother Earth. They created their living spaces and adapted their architectural and constructional answers according to the behaviour and properties of the soil, in relation to its hydrous states. But from the end of the XIXth century, the skills of earth builders have been progressively lost. Till the half of the latter XXth century, building with earth became marginal. We owe a lot to the Egyptian architect Hassan Fathy, for the renaissance from the middle of the XXth century of earthen architecture. With the world awareness for sustainable development, which is happening since a few decades, earthen architecture and construction sees a renaissance of the tradition, which benefits now from scientific researches. All over the world, people have transformed this heavy, dark and formless material into a lighter building material. They created their living spaces and they adapted their architectural and constructive answers according to the behaviour, and properties of the soil. People found out twelve main techniques which are related to the four hydrous states of the earth.

New development of earth construction really started in the nineteen fifties, with the technology of the Compressed Stabilised Earth Blocks (CSEB). A research programme done in Colombia in the 1950s for affordable houses proposed the first manual press: the Cinvaram. The knowledge of the soil laboratories for road building was adapted to earth construction. Since then, there have been many scientific researches by laboratories. Since 1960-1970, Africa has seen the widest world developments for CSEB. Social programmes and prestige demonstration projects are not computable anymore. Today, Africa knows a further development step with semi industrialization and standards.

Since the nineteen eighties in USA and Australia stabilized rammed earth and an important mechanization has been developed. In USA, the adobe technique is developed to such an extent that it has been codified and mechanized. There, it links the traditional building heritage of New Mexico and Arizona to modern scientific knowledge.

Stabilised reamed earth as well as poured and projected earth has been developed a lot in USA. Developments happen especially a lot in the south west (California, Colorado, New Mexico and Texas).

India experimented with CSEB technology only in the nineteen eighties/nineties. Since a decade, India sees some wider dissemination and development of CSEB. A lot of developments are happening in Bangalore under the impulse of the Indian Institute of Science and architects like Mme Chitra Vishwanath.

The achievements built at Auroville show how earthen buildings can create a light and progressive architecture. 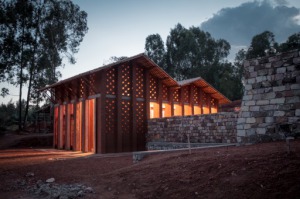 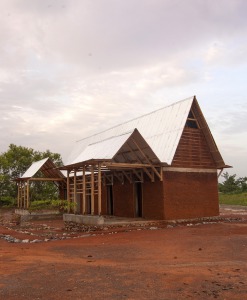 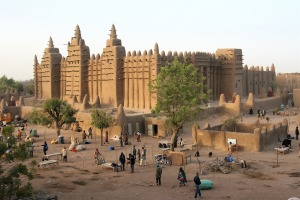 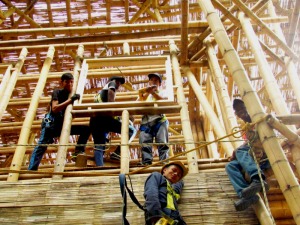 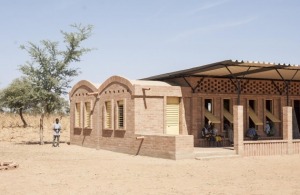 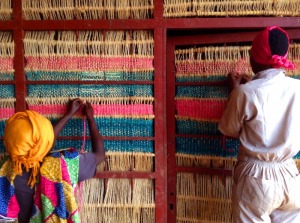